The Danakil Project encompasses an established large-tonnage, shallow potash deposit centered within a potash mineralised envelope in the Danakil Basin. The project is situated in the Afar National Regional State of northeastern Ethiopia, and abuts the Ethiopian-Eritrean frontier. It is located approximately 600 km north-northeast of the capital city of Addis Ababa and nearly 85 km from the Red Sea on the coast of Eritrea.

The Danakil Basin has long been known to contain near-surface potash mineralisation, with nearly 100 years of potash exploration history in the area.   Circum's license covers an area to the north of the Crescent and Musley potash deposits which were explored and mined in the 1950s and 1960s by the Ralph Parsons Company.  Mineralisation occurs from depths as shallow as 85 meters below surface, and is well suited for solution mining. 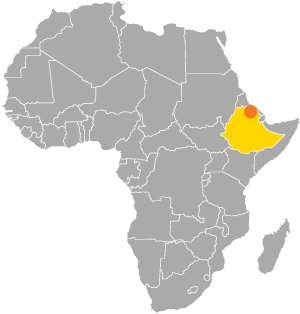 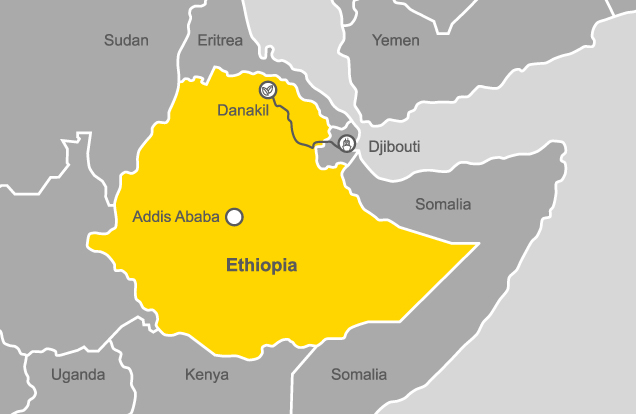